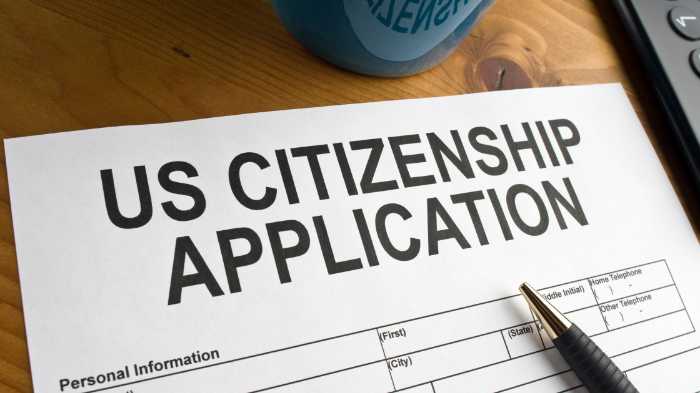 Life in the U.S. without citizenship can be a lot harder for people, which is why so many residents who emigrate to the U.S. seek citizenship status as soon as possible.

Regardless of how long you have been a U.S. resident, there will always be issues without citizenship.

The stress that comes with this is a lot to handle, and while there are many paths to U.S. citizenship, you will likely need an immigration attorney to help you find the best route and also guide you through the legal proceedings.

The benefit of choosing a Rhode Island immigration lawyer is that they will also have a strong understanding of State and Federal law – strengthening your case. We hope to be able to provide you with plenty of information on the various paths to citizenship.

If you are looking for U.S. citizenship, there are a couple of paths that you can take. Your best bet is hiring an immigration attorney to help you through the process, and as someone who wishes to reside in Rhode Island, a local law firm that focuses  in immigration laws is your best bet.

They will be well-versed in state and federal laws, which means they can represent you in court and will also have your best interests at heart.

But that’s for later. Let’s take a further look at the paths to citizenship and what the process looks like so that you understand how things work.

What is U.S. Citizenship?

U.S. citizenship is the status of being a citizen of the United States of America. U.S. citizens enjoy certain privileges and rights that are not available to non-citizens, such as the right to vote, the right to own property, and the right to live and work in the U.S. without fear of deportation.

Furthermore, U.S. citizenship can be obtained in several ways, including birth, naturalization, or marriage to a U.S. citizen.

Rhode Island immigration lawyers will be able to offer you legal services that let you know if you are eligible for U.S. citizenship.

How is Citizenship Different from Naturalization?

Naturalization can be obtained through a number of ways, including serving in the United States US military, marrying a U.S. citizen, or meeting certain residency requirements.

What are the Different Paths to Citizenship?

There are five different paths to U.S. citizenship:

We’ve already looked at the first two, but let’s examine the remaining three a little closer.

Pro Tip: U.S. citizens can only pass U.S. citizenship down to their children if the child was born after the U.S. citizen became a naturalized US citizen themselves.

U.S. Citizenship and Immigration Services (USCIS) states that you must also be living in the U.S. during this time, and you must be able to show that your U.S. citizen spouse meets certain residency requirements.

Pro Tip: In order to be eligible for U.S. citizenship by descent, you must have a U.S. citizen parent who has been physically present in the U.S. for at least five years.

What are the Requirements for U.S. Citizenship?

In order to be eligible for U.S. citizenship, you must meet certain requirements. These requirements include being at least 18 years of age, having a green card, and being a U.S. permanent resident for at least five years.

You will also need to be considered as having good moral character. This is an ambiguous term, but some of the things that can impact the judgment of your character are:

The U.S. citizenship application process is long, and complex. It typically takes several months to complete.

Fill in an application form

The first step is to file an application with the USCIS. The application will ask for personal information such as your name, address, and date of birth. You will also be required to submit proof of your U.S. residency and a copy of your green card.

Attend an interview with U.S.CIS

After the USCIS reviews your application, they will schedule an interview with you. The interview is conducted in English and will test your knowledge of U.S. history and government.

If the USCIS determines that you are eligible for U.S. citizenship, they will schedule a ceremony. You will take the Oath of Allegiance to the United States at the ceremony.

After you take the Oath of Allegiance, you will be a U.S. citizen. The forms that you need to fill out for citizenship can be complicated, and there are several different ones to choose from. This is why an immigration lawyer is often a good decision to make to help with the process.

Pro Tip: Hiring an immigration attorney in Rhode Island can help you navigate the complex legal process of becoming a U.S. citizen.

Do You Need an Immigration Attorney to Become a U.S. Citizen?

It is important to contact a reputable law office as soon as possible to help you through the immigration process so that you can select an experienced immigration attorney.

They can help you file the correct paperwork and attend all your court hearings. Good Rhode Island immigration attorneys will be part of the American Immigration Lawyers Association and will have the power to act as your legal representation in state and federal courts.

They will also be able to help with family law and family immigration matters, as well as special immigrant juvenile visas.

Hiring an immigration attorney is a big decision, but it could be the difference between becoming a U.S. citizen and being deported.

A Rhode Island immigration attorney can help you navigate the complex legal process of becoming a U.S. citizen, and they can help you file the correct paperwork and attend all your court hearings.

If you are considering becoming a U.S. citizen, contact an immigration attorney in Rhode Island today. They can help you understand the requirements and guide you through the process.